You are here: Home / Cost Of Ownership / Highlander Cost of Ownership 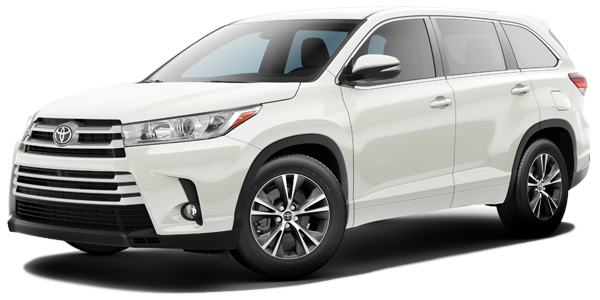 Toyota’s sedans have consistently proven to be among the best-loved cars in America. But Toyota sells more than just cars. Our Highlander LE 4WD SUV has been rated one of the top 3-row, most-affordable midsize crossover SUVs in America. With room for eight people, reclining third-row seats, and plenty of space, features and power, the Highlander leads the midsize SUV class.

The 2015 model has received numerous impressive industry awards, including being named the Kelly Blue Book—The Trusted Resource® Best Buy of the Year in the midsize SUV segment. It’s no wonder. The 2014 Toyota Highlander received near perfect marks for reliability, quality, performance, styling and comfort according to Kelly Blue Book® Consumer Ratings. Other independent evaluators have awarded Highlander top marks for safety, named it Best 3-row SUV for Families, and crowned it Best Overall Value, among other accolades.

But you needn’t take their word for it. Or ours, for that matter. Just look at how the 2015 Highlander LE V6 AWD stacks up against its closest competitors in cost-of-ownership comparisons. Although initial prices for Highlander and most of its competitors are surprisingly similar, the long-term, real-world value of Highlander is considerably greater, while its overall cost-of-ownership is far less.

Take the 2015 Toyota Highlander LE 4WD versus the 2015 Honda Pilot LX 4WD. The Honda is initially slightly less expensive to drive off the lot. But in the long run, it will cost you more than $3,000 more to own and operate, compared to Highlander. Or compare Highlander to the Kia Sorento LX V6. Although the Kia is initially cheaper to purchase, over time it simply costs more to own and operate. When you factor in costs such as depreciation, financing, fuel, maintenance and repairs—Kia’s true cost is nearly $3,300 more than Highlander.

Or at the extreme end of the comparison scale, consider Highlander versus the Ford Explorer 4WD 4DR. Only slightly more expensive initially than Highlander, when you consider projected 5-year costs of ownership, the Ford costs a whopping $6,341 more to own than Highlander. It’s a good thing Highlander has so much cargo space. You’ll be able to haul all the money you save on Highlander to the bank.